Although manouche jazz is result of real teamwork, being a genre based on improvisation and virtuosity, inevitably, its protagonists are the solists. Just think about Django and Grappelli.

Roby Lakatos is a Hungarian virtuoso on the violin who lives in Belgium since 1985. His name is well-known in every corner of the world. Three strokes of his bow are enough to convince any musician that he deserves to by called one of the most talented violinists in the world. More than this, he loves playing music which is a big deal. He brings his Ensemble to the festival.

DF: What did jazz manouche teach you?

Roby Lakatos: Well, a lot of things. But before I would like to say that to say the truth, when I first went to Belgium in 1985, until that, honestly, I didn’t play much django music, although I listened to Grappelli a lot. Then I met Angelo Debarre there and we soon became friends. We were both very young and that time we played a lot together. This way I met other of these musicians personally, including Grappelli. We also recorded an album with him in 1991. Then I played a lot in the USA where they really like and respect this music, they call it European gypsy jazz. It’s really a loved genre and, I tell you, I am really happy that it’s better known now also here in Hungary, although it’s still a bit in neglected.

But what it thought me was improvisation and this is pretty close to me because my music, and also the gypsy music that I play is composed of a good amount of improvisation. And the liberté, the total openness, that you can play whatever you want, this is the best thing. You deliver what you think. As I see it, there are some very talented musicians who play this music now. I, for example, often play with a django band called „Még egy kört!” („Another round!”) and it’s really good to play with them. I play a lot more django in Hungary lately and it makes really happy.

DF: To musicians just getting familiar with this music, what would you recommend?

RL: What can be recommended… listen to a lot of music, naturally! I say this to jazz musicians generally as well. The truth is, it’s really hard to teach jazz because it’s a sort of state. Of course, you need to study the tunes and play together frequently. This is true to any music, also to manouche. I played a great deak both in France and Belgium, with Biréli, Rosenberg and many others, really, a played many times with them. This gives you a great push because these musicians are in possesion of a frightning technique. Technique is very important and it’s really hard for guitarists to keep up with Django. One has to really focus on technique. It’s the same with violin as well. Now we have a good bunch of great violinists, the scene is very good and it seems that this music is on the rise in Europe now. Oh, and the good time, that’s realy important because there are no drums so the tempo has to be rock solid so that this music could be really interesting.

DF:  If you could play with someone, anyone, who would that be?

RL: I wanted to play with Miles Davis but unfortunately that didn’t happen. He died more or less around the time when Grappelli. That time I played with great musicians very often, also classical musicians but this never happened, unfortunately. But it’s ok, there will be something else! 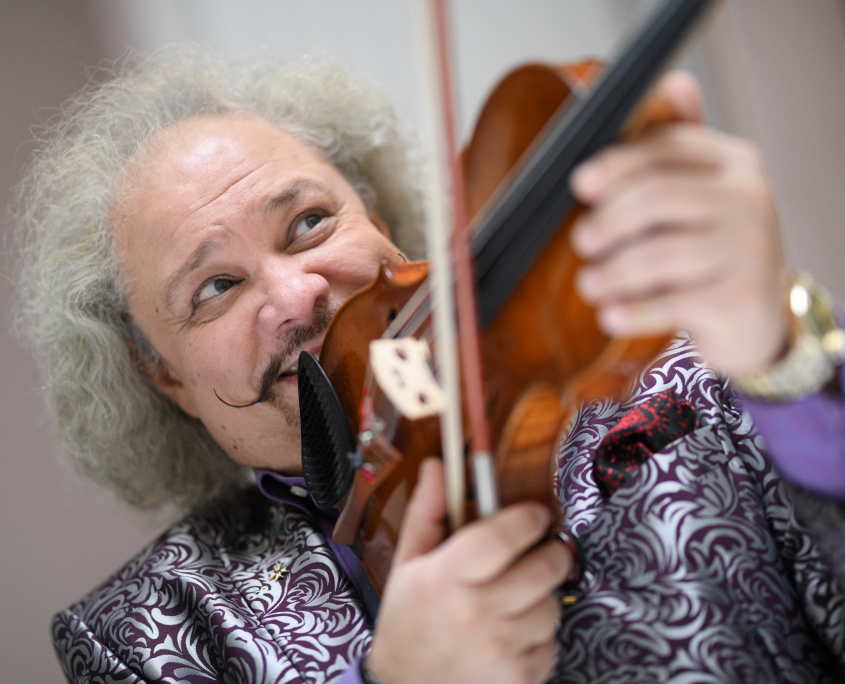