The organizers reserve the right to make changes to the program and can not be held responsible for any such changes.

Spend a day in Budapest with the music of Django Reinhardt! 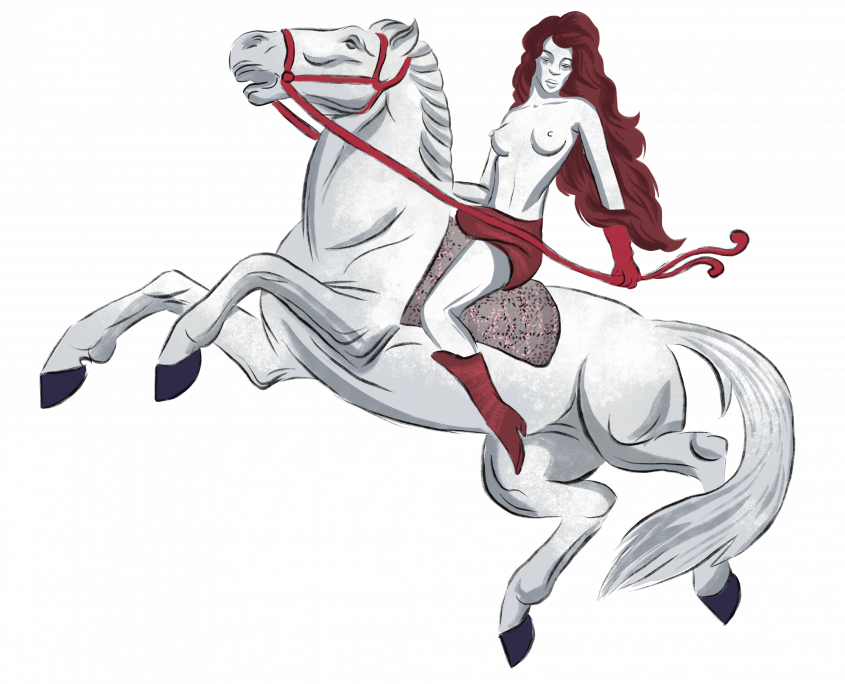 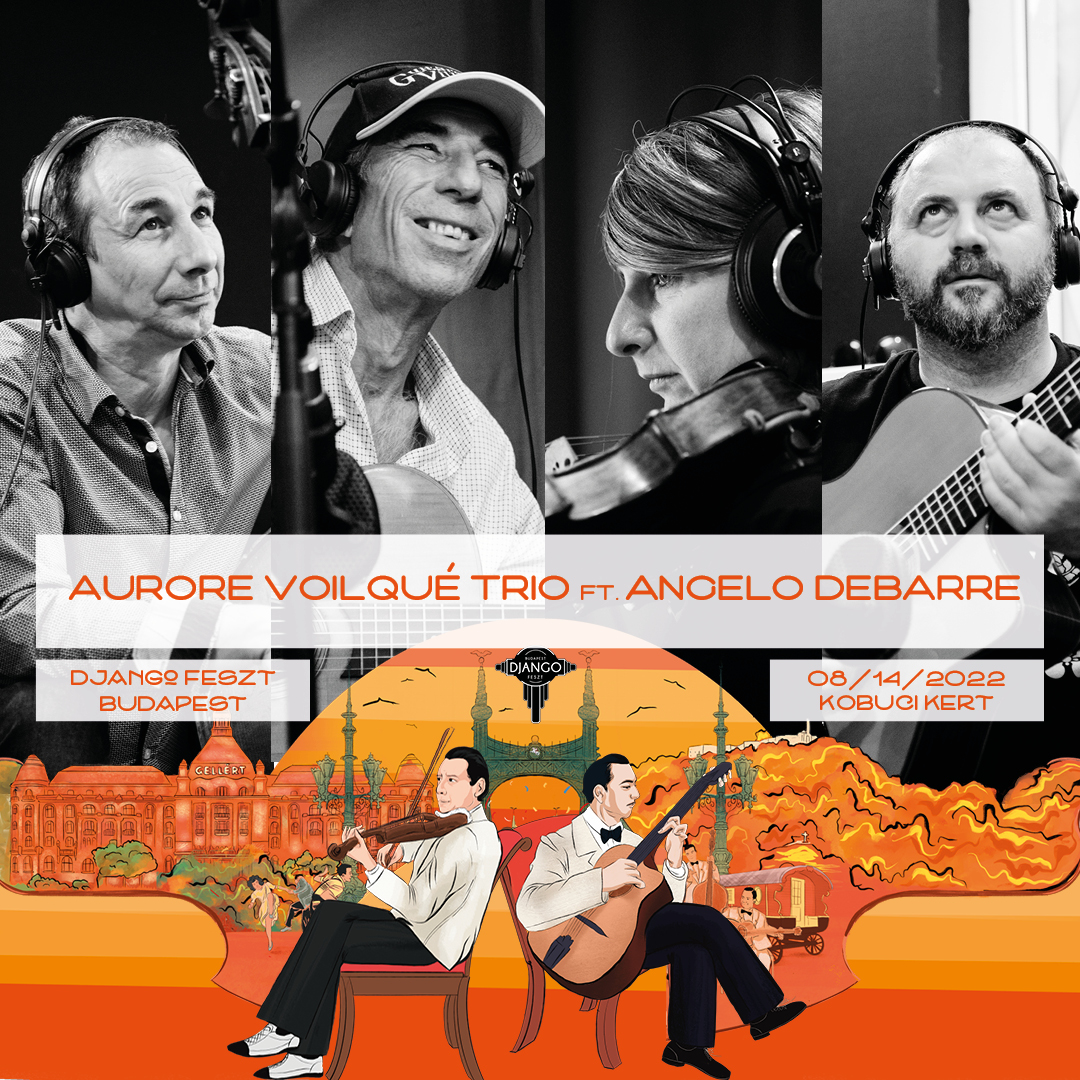 This project is the gathering of forefront artists each in their own field. Though they all have been playing together occasionally for many years the Band was officially formed in fall 2017.

On the initiative of Aurore Voilqué, the fiddle player, the project quickly took shape with Mathieu Chatelain on rhythm guitar and Claudius Dupont on Double bass. To add this gipsy flavor they decided to invite a legend of gipsy jazz in the person of Angelo Debarre. Thanks to their sensibility they came up with a set list that is a perfect crossover of Jazz, French music and gypsy jazz.

In spring 2018 they recorded the Album “Valse Bohémiène” which has been acclaimed by the critic and fans of this style. Thanks to the notoriety of each musician the project quickly found an audience and since then has been touring, more than Than 40 concerts in 2021. in clubs and festivals. 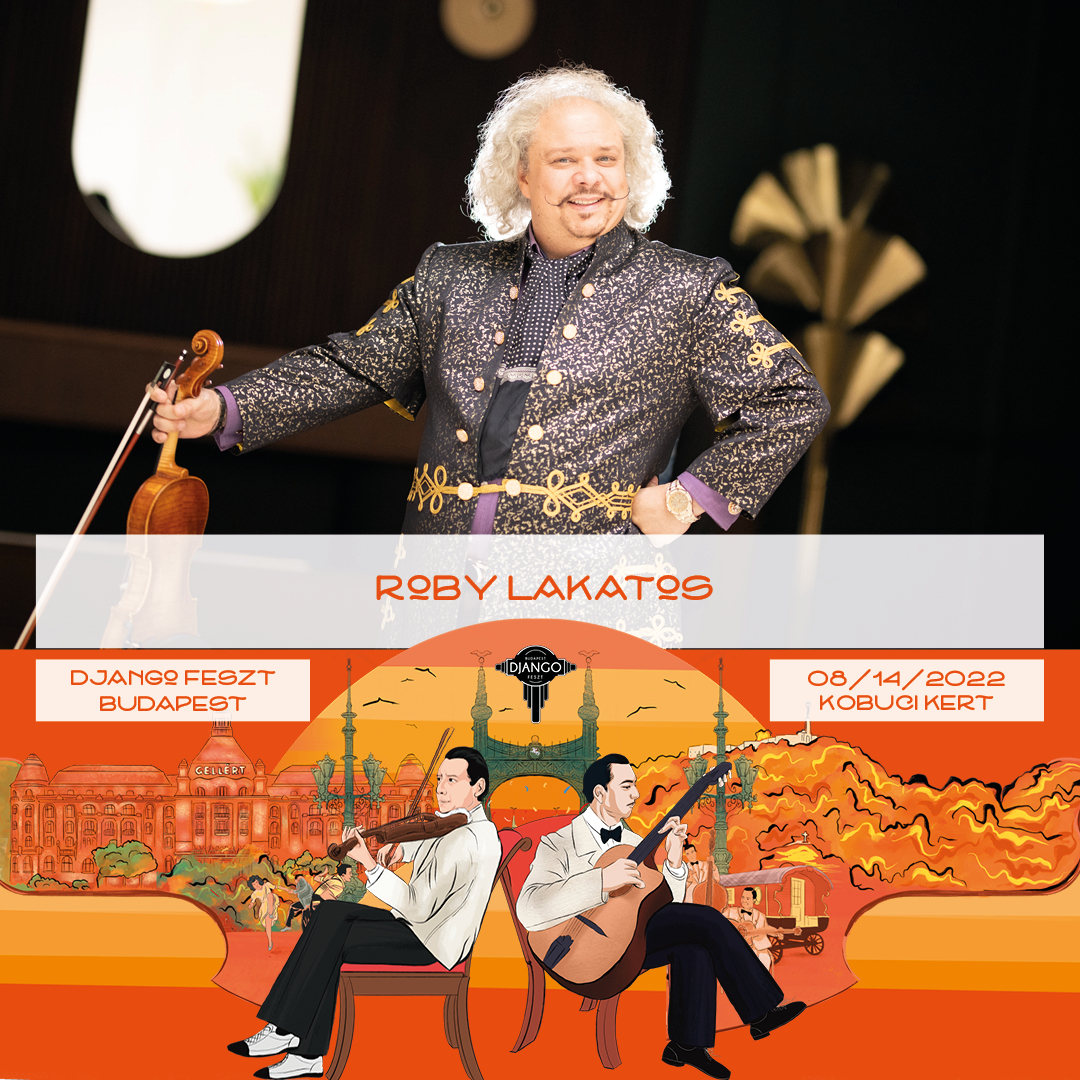 A direct descendant of Bihari; who played on Dankó’s violin at the age of 6, and was included in Járóka’s ensemble at the age of 11. He was considered and treated as a child prodigy; at the age of 19, he already had performances in Belgium. Among others, he also played together with the world-class violinists Maxim Vengerov and Nikolai Schneider. Following his years in Belgium, Roby Lakatos’ concerts were organized by the New York-based Columbia Management – it was the time when he rose to international fame.

Roby Lakatos is a world famous violinist, an illustrious representative of gypsy music, and the founder of a new musical style: the unorthodox gypsy fusion. From the Carnegie Hall in New York, through the Royal Albert Hall of London, to the Opera House of Sydney, he is known as the “Hungarian Gypsy Violin Virtuoso”. He inspires his colleagues, cooperatives and students with his stylish, sometimes extraordinary appearance, his musical skills and unique improvisation abilities. 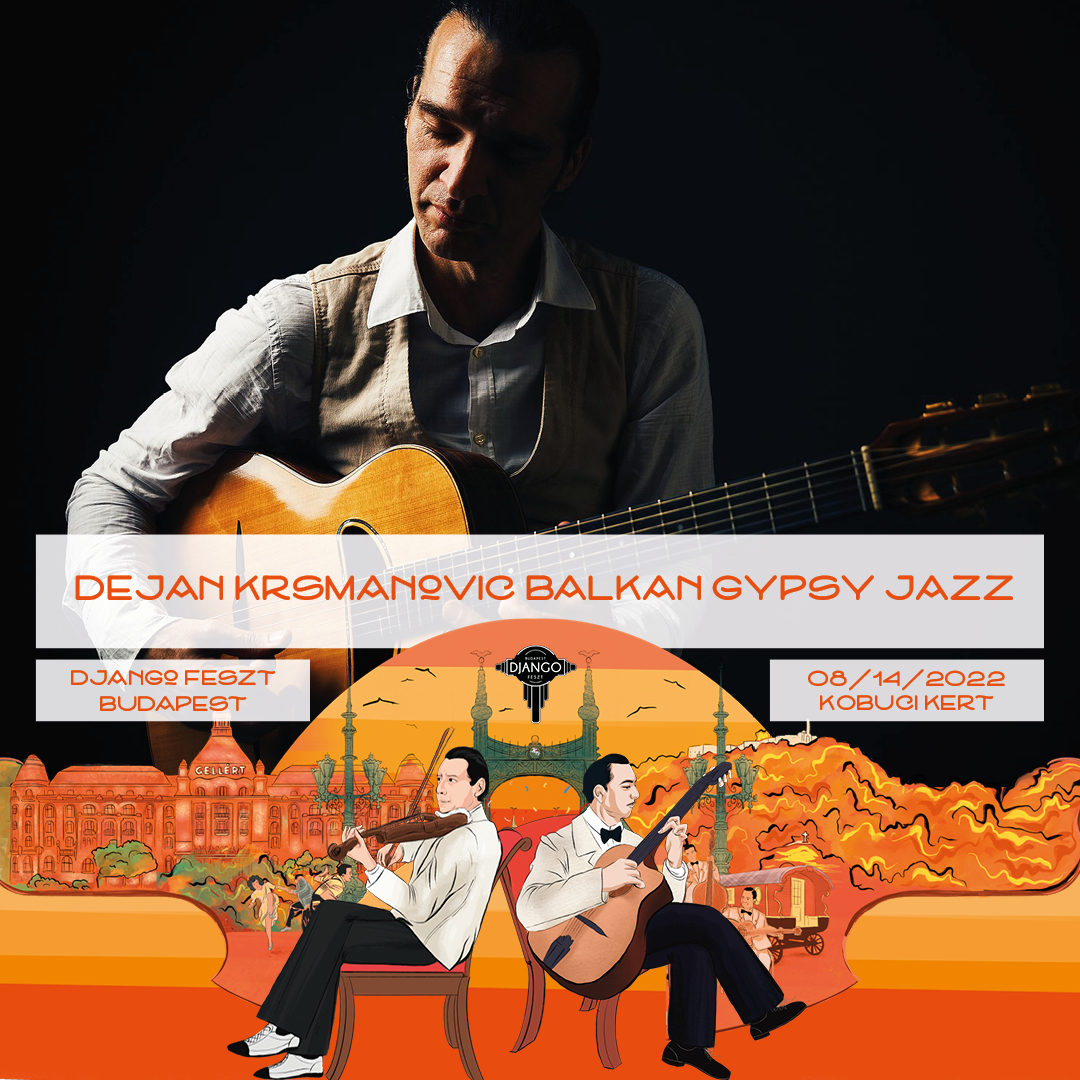 Dejan Krsmanović, composer and guitarist, has released four albums so far. He performs at numerous jazz and world music festivals across the country and the region. His first album entitled You know what!? was released in 2012.

He made a successful collaboration with the famous guitarist and producer Jon Larsen from Norway, when Larsen released one of Dejan’s compositions called “Maro, Maro” on the now anthological compilation dedicated to Django Reinhardt, which included many world-famous names of this jazz genre.

He released his second album Komedija in 2019, in collaboration with accordion virtuoso Jordan Đević. In 2020, Dejan Krsmanovc trio performed at the Nishville Jazz Fest, and in 2021 he released two more albums called Ja sam! and Repertoar where he published more of his own original music as well as some well-known jazz standards. In January 2022, as a representative of the culture of Serbia, he held a one-hour concert at the World Expo 2020 in Dubai. 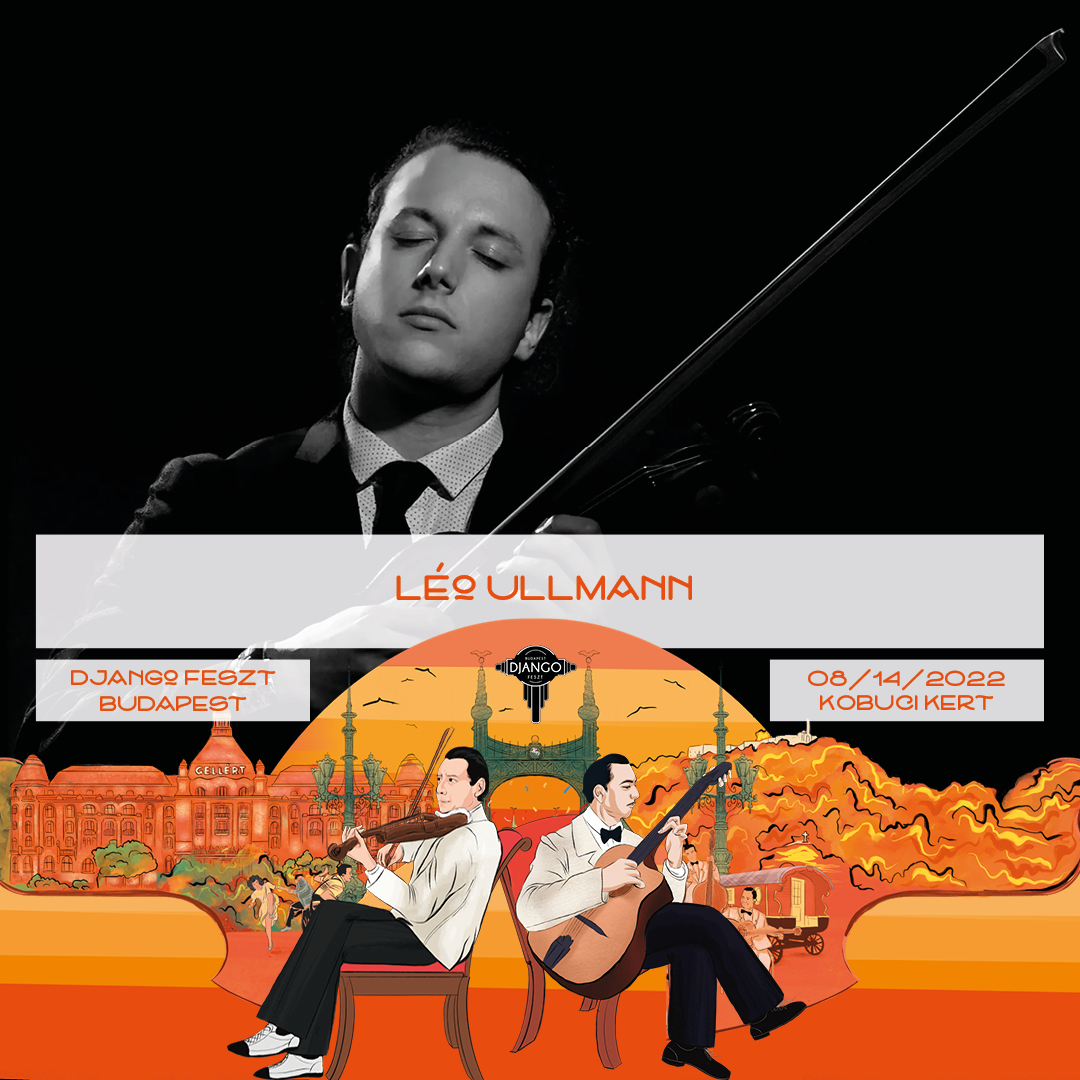 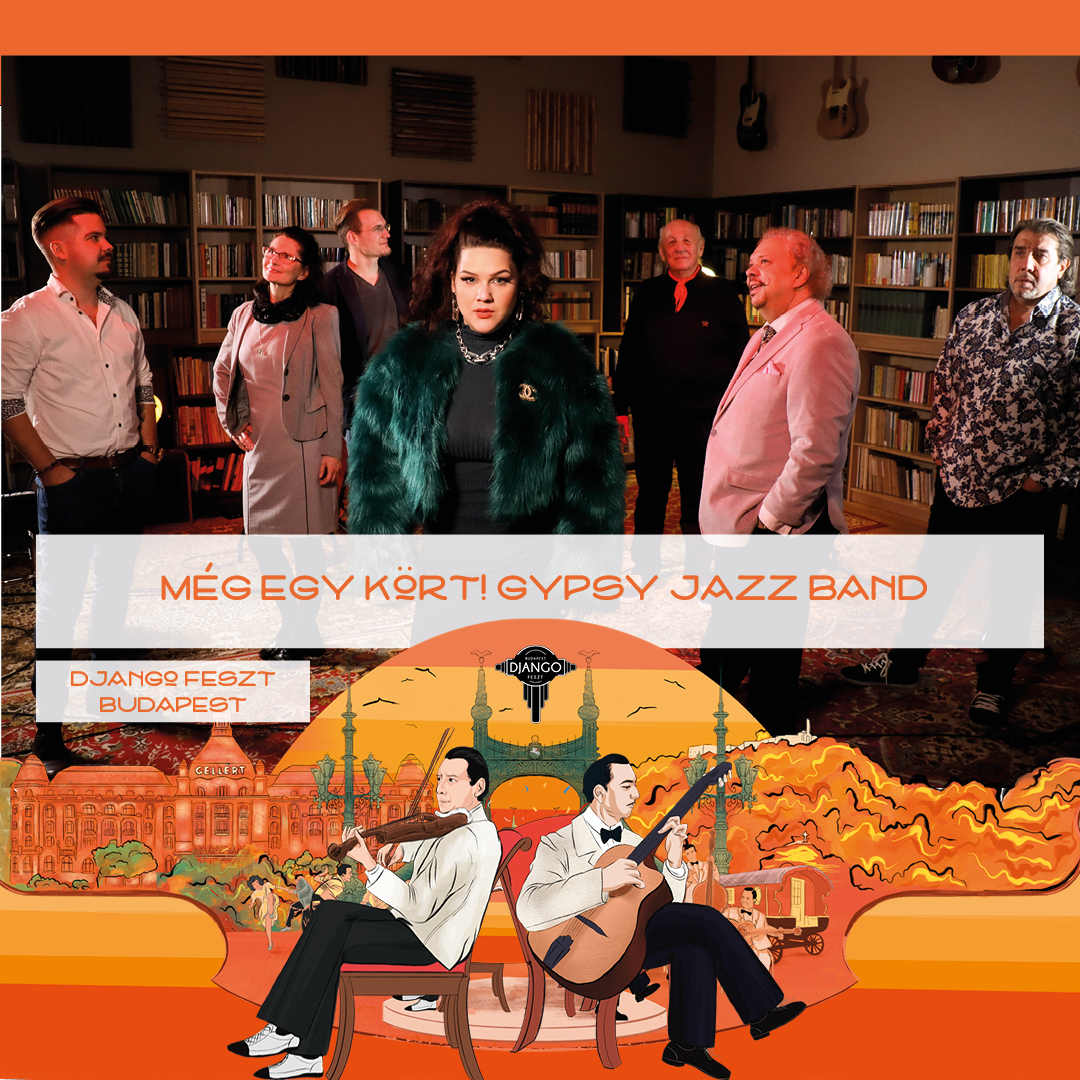 „One more round!” – the waiter was addressed by a fairly joyful and somewhat more affluent guest in a French cabaret, around the first half of the previous century. Gypsy-jazz music played in one of the corners, the venue was crowded, and the audience had no intention to leave… Gypsy jazz (aka. gypsy swing or hot club jazz) is a unique style of jazz, developed by the Roma guitar player, Jean “Django” Reinhardt in Paris, during the 1930’s.

The lead instrument in swing is the guitar. At times, there are soloists, or duet performers, but in general, the line-up of the band is at least trio, consisting of a solo-, and two rhythm guitars. Naturally, the trio line-up can be supplemented by further guitars, or other instruments – traditionally violin, piano, or double bass. An illustrious native representative of the genre is „Még egy kört!” Gypsy Jazz Band. The formation was founded by the world famous violinist Roby Lakatos, accompanied by virtuoso musicians, and a vocalist with a beautiful voice – Roby’s daughter, Myriam Lakatos. 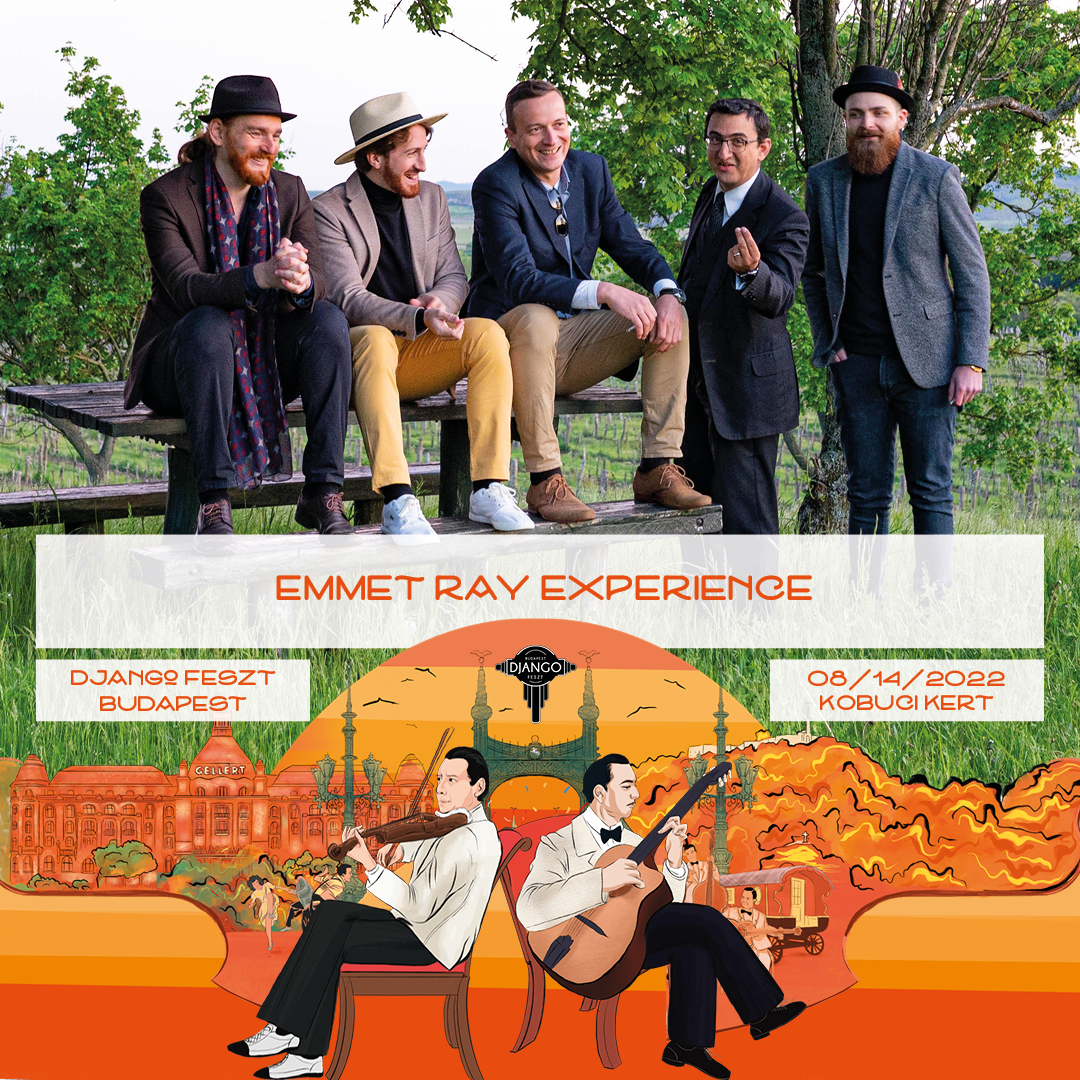 Contemporary traditional jazz music dedicated to the legendary Emmet Ray. The band formed in 2019, originally 4 members band is writing songs in the atmosphere of Woody Allen’s movies, combining hot jazz, manouche, and traditional jazz. The songs are dedicated to Emmet Ray. The origins of Django Reinhardt’s less known songs are mixed with contemporary jazz influences and new ways of thinking about music. 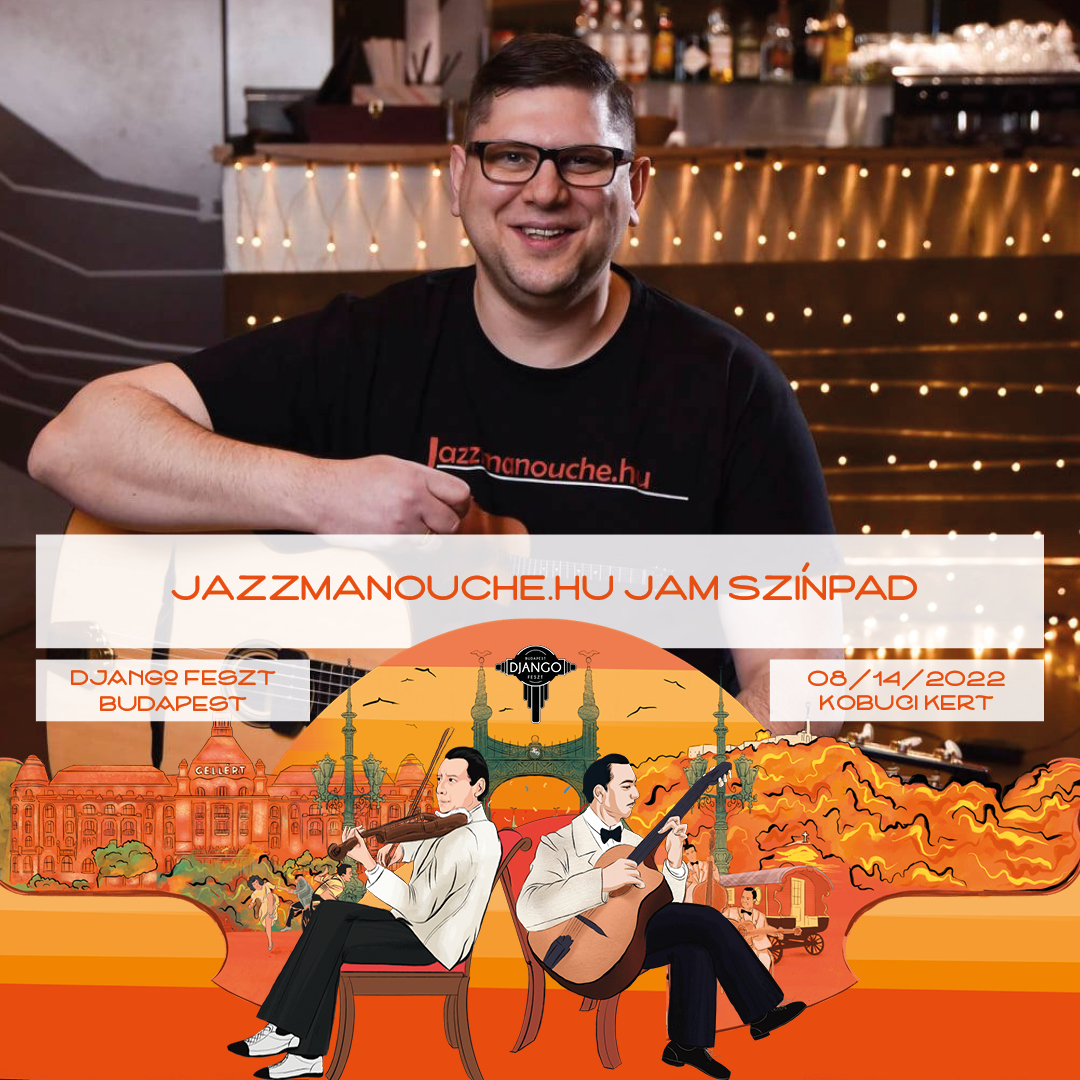 Open jam for the lovers of jazz manouche with Ferenc Illés, creator of the first Hungarian homepage about gypsy jazz guitar playing jazzmanouche.hu, and band leader of Budapest Gipsy Swing.